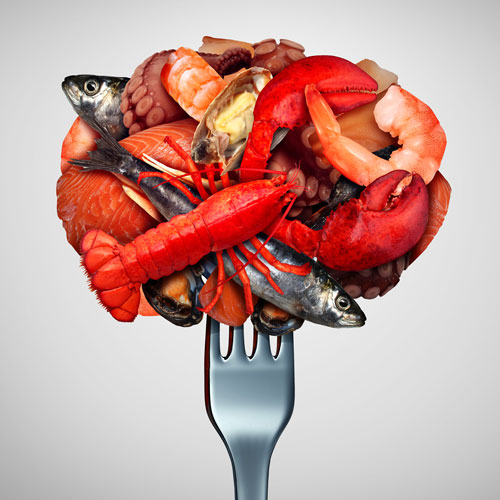 September 16, 2021 — FDB (First Databank), a leading provider of drug and medical device knowledge that helps healthcare professionals make precise decisions, announced the publication of research led by two of their pharmacists that further refutes the concept of iodine allergies, citing no verified documented cases of allergic reactions to iodine, which is a naturally occurring element in the human thyroid gland.

The findings were recently published in the American Journal of Health-System Pharmacy, a peer-reviewed journal of the American Society of Health-System Pharmacists. The FDB pharmacists who led the research were Nicole R. Wulf, PharmD, and Joan Kapusnik-Uner, PharmD, FASHP, FCSHP; and their co-authors were John Schmitz, MD, a radiologist at Mayo Clinic in Rochester, Minn., and Amy Choi, PharmD, BCPS, who was at Memorial Care in Fountain Valley, Calif., when the study was conducted.

The exhaustive seven-year investigation critically examines the well-established, but likely erroneous, practice patterns of clinician avoidance of administering an iodine-containing contrast agent before imaging tests to patients who believe they have an iodine allergy. A contrast agent or dye is a diagnostic aid that is important for enhancing the visibility of blood vessels and organ systems to help radiologists and other physicians identify irregularities inside the body, such as tumors.

“We could find no documented cases from more than 70 years of research where iodine itself was responsible for patient reactions to iodinated contrast media, amiodarone, povidone-iodine, and other iodine-containing compounds,” said Wulf, lead author and FDB clinical pharmacist. “While these patients likely had reactions to the contrast media, iodine was most likely not responsible, nor did most of these reactions meet the definition of an allergic reaction, which requires an immune-mediated reaction such as antibody release and symptoms such as rash, swollen tongue or face, or even difficulty breathing.”

Sixty-six percent to 89% of physicians routinely ask patients prior to an imaging test if they have an iodine allergy or an allergy to shellfish or other seafood that may contain iodine.

These self-reported, unverified “iodine allergies” could be based only on a patient’s perceived prior adverse reaction to a contrast agent, or dislike or intolerance to seafood, the latter of which is most likely caused by an animal protein reaction and not iodine.

Determining the precise cause of the patient’s reaction to contrast agents or iodine-containing medications would help ensure they receive the most appropriate imaging and care. Highly targeted medication alerts at the point of ordering could support physicians and patients in understanding the patient’s risks and prompt subsequent allergy testing or an investigation into potential other causes of the allergic-type reaction, according to the authors.

“Another unfortunate consequence of a patient’s self-identified iodine allergy is that it could result in a care delay or a patient receiving unnecessary steroids before an imaging test, which could cause harm,” said study co-author Kapusnik-Uner, who is FDB vice president of clinical content. “Instead, physicians and patients could determine the specific type of contrast media to which they had an adverse reaction in the past and explore options to avoid that or similar ingredient formulations, or if the reaction was actually due to another cause, such as an interaction with another medication or dehydration.”

The research also validates published guidelines from the American College of Radiology that state patients with self-reported iodine or shellfish allergies should receive contrast dye without pre-medicating the patient with steroids. Similarly, the American Academy of Allergy, Asthma and Immunology states “the mechanism for anaphylaxis to radio-iodinated contrast media relates to the physiochemical properties of these media and is unrelated to its iodine content.”

Given this growing volume of research, study authors hope their study prompts other medical societies and the U.S. Food and Drug Administration (FDA) to enact industry-wide changes to imaging protocols and prescribing guidelines. With such a clear consensus, improved clinical decision support at the point of ordering could help providers and patients experience fewer care delays, shorter hospital stays, fewer wasted imaging tests and overall improved patient outcomes, according to the authors.

Kapusnik-Uner points out that imaging studies using contrast media are enormously beneficial for physicians managing a variety of conditions, including cancer, heart disease, trauma, and many others. “Our research supports the idea that healthcare providers who still ask patients about iodine or seafood allergies before an imaging study should reassess these protocols and implement a safety screen that is evidence-based. The bottom line is contrast agents help save lives and should be used when clinically indicated and safe to do so.”